The Queen Consort has spoken of the Queen’s passion for horse racing as part of a moving tribute to Her Majesty.

Speaking in a televised tribute, Camilla said the late monarch had a withering gaze and would turn her ‘wonderful blue eyes’ on people who questioned her knowledge of the sport.

She also remarked how the Queen loved her summer breaks in Balmoral and how Her Majesty had a clear demarcation between her public duties and private life, with these breaks in Scotland being the time for ‘her enjoyment’.

Her Majesty’s daughter-in-law also shared a personal memory of the 96-year-old from the day of her wedding with King Charles, in which she revealed that she left the Queen laughing after putting on the wrong shoes.

The full tribute was aired on the BBC shortly before the national minute’s silence at 8pm on Sunday.

In a televised address, Camilla told about the Queen’s lifelong passion for horse racing 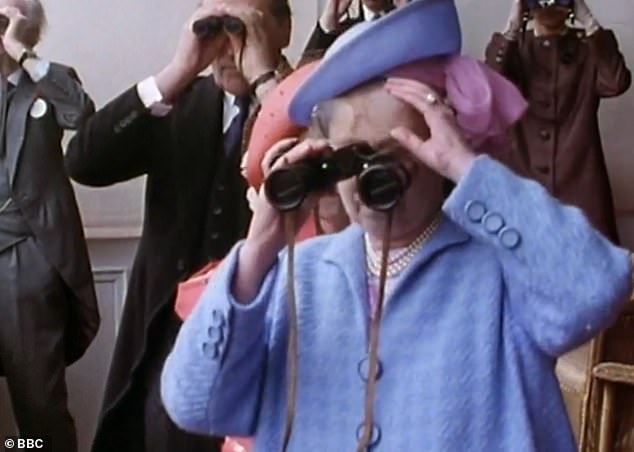 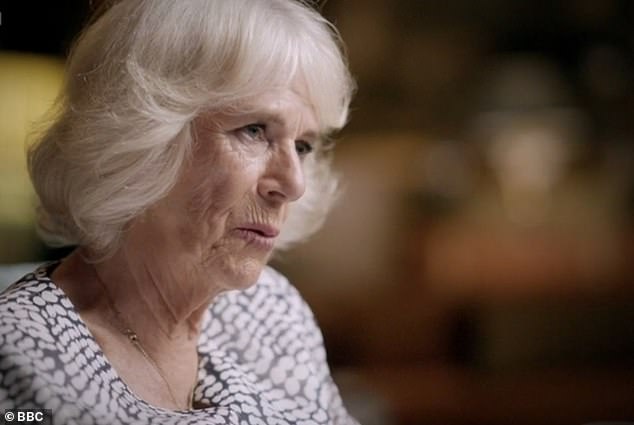 The late monarch was never happier than when visiting her thoroughbreds at the royal stud or watching them race and Camilla commented on her ‘passion for racing’.

The Queen Consort said: ‘She was able to escape to Sandringham. She had the stud next door. She could go every day, see her foals, work out you know, the next meetings for the year. I think she always kept that as you know, her, her private bit.

‘You wouldn’t dare question her or argue with her on how horses are bred or how it ran because you’d get a very steely blue-eyed look back again.’

The Queen died at Balmoral, her private Scottish estate, where she would relax and enjoy the Highland landscape and the company of local residents who saw her as a neighbor and respected her privacy.

Camilla said: ‘She made a rule that she had her private time and her private passions and then her public role and I think that is very important that, you know, the diary is planned out so you know when you’re on duty and when you’ve got to do things.

‘Then when she went up to Scotland in August, you know that was the moment where it was her enjoyment.

‘Although she was probably working, you know with her red boxes throughout, she could have her family to stay, she could do the things she loved.’

She also spoke of her wedding day on April 9, 2005, when she got married to King Charles.

The Queen Consort said: ‘I remember coming from here, Clarence House, (to) go to Windsor the day I got married when I probably wasn’t firing on all cylinders, quite nervous and, for some unknown reason, I put on a pair of shoes and one had an inch heel and one had a two-inch heel.

‘So, I mean talk about hop-a-long and there’s nothing I could do. I was halfway down in the car before I realized and you know, she – she could see and laughed about it and said, “look I’m terribly sorry” and she did, you know, she had a good sense of humor.’

Camilla, in pre-recorded words, also spoke about how Queen Elizabeth II carved out her own role for many years in the ‘difficult position’ of being a ‘solitary woman’ in a male-dominated world.

The Queen delivered a masterstroke on the eve of her Platinum Jubilee in February 2022 when she endorsed the then-Duchess of Cornwall to be known as Queen Consort when the time came. 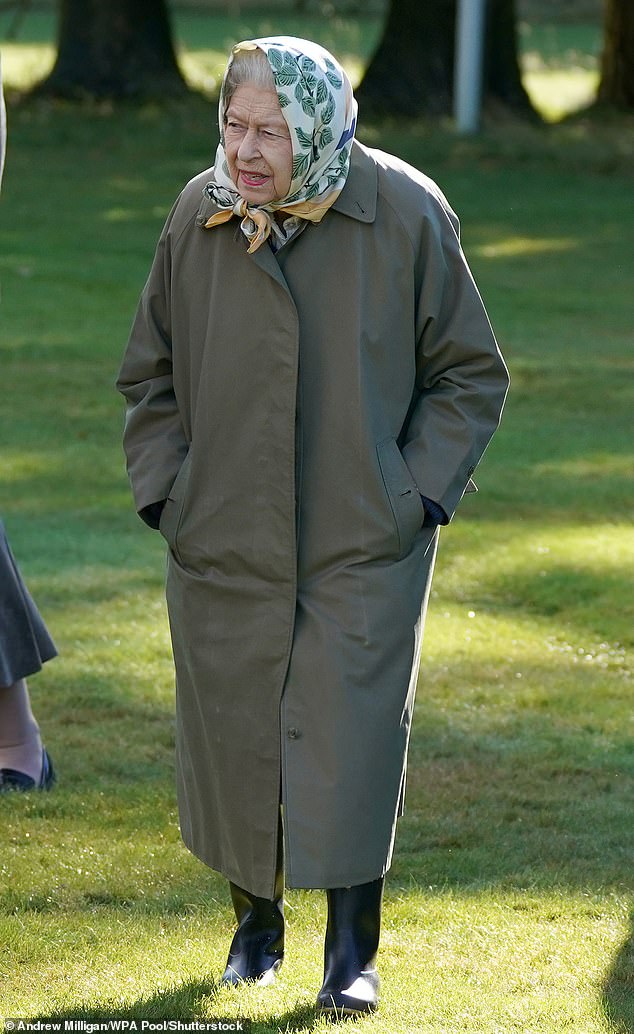 The Queen traditionally traveled up to Balmoral for her summer break. Pictured: Her Majesty on the Balmoral Estate in October last year 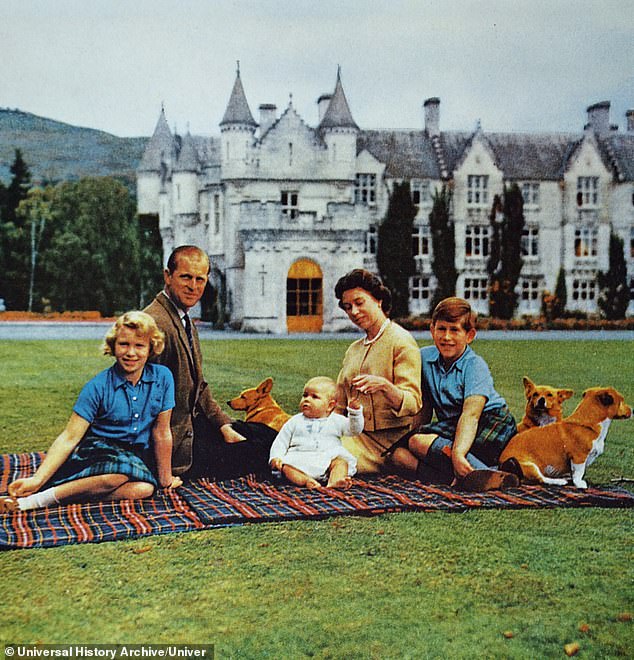 Her Majesty died at the estate on Thursday, September 8. Pictured: The Queen with her husband the Duke of Edinburgh and their children at Balmoral Castle in the 1960s

The Queen said it was her ‘sincere wish’ and called on the public to back both her daughter-in-law and Charles when he became King.

It was a shrewd move from the monarch, in her twilight years, setting her affairs in order and ensuring as smooth a transition as possible.

It ended years of debate over what Camilla – Charles’s former mistress – would eventually be called.

Camilla was blamed for the breakdown of the prince’s marriage to Diana, Princess of Wales, and, when news of their affair first came to light, she faced vitriolic criticism.

But in the decades after the divorce, the untimely death of Diana in 1997 and Camilla’s acceptance into The Firm, the public mood towards the former Mrs. Parker Bowles has softened. 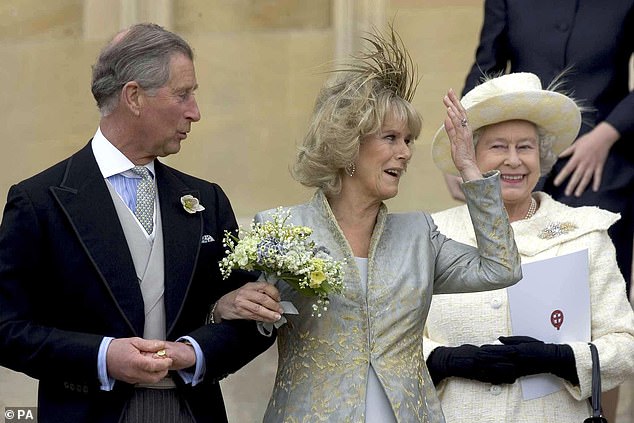 Camilla shared a heartwarming anecdote about a shoe-related mishap that left the Queen laughing on her wedding day. Pictured: Camilla with King Charles on their wedding day in 2005, with Her Majesty standing behind them

Following her wedding to Charles in 2005, Camilla very gradually took on a more prominent position within the royal family, including riding next to the Queen in her Diamond Jubilee carriage procession in 2012.

She also began to attend the State Opening of Parliament and was made a Privy Counselor in 2016 ahead of the Queen’s official 90th birthday.

In her tribute to the Queen, Camilla described some of the moments they spent together during official visits.

She said: ‘I’ve taken her to some of my charities and to the Ebony Horse Club and to the Medical Detection Dogs and she loved both of them you know, it was real sort of genuine enjoyment and she asked lots of questions and it was very nice to take her to things which I knew she would enjoy.

‘She’s got those wonderful blue eyes that when she smiles, you know, they light up her whole face. I’ll always remember that smile, you know, that smile is unforgettable.’

The Queen: All you need to know following her passing and a look back at her 70-year reign