Derek Jeter’s public bromance with Alex Rodriguez unraveled in 2001 because, as the retired Yankees captain has now revealed, A-Rod was ‘not a true friend.’

Speaking to ESPN as part of a seven-part docs-series on his life titled ‘The Captain,’ the 48-year-old Jeter pointed to a decades-old Esquire profile of Rodriguez, who had just departed the Seattle Mariners at the time to sign a record-breaking $252 million contract with the Texas Rangers.

Until that point, the two shortstops were often compared to each other, having debuted in consecutive seasons in the mid-1990s to immediate acclaim. But instead of a rivalry, the two All-Stars quickly became friends, socializing together and occasionally crashing at each other’s apartments.

That all changed when Rodriguez was asked about Jeter by Esquire in 2001, by which point the former had already won four World Series titles to the latter’s zero.

‘Jeter’s been blessed with great talent around him,’ Rodriguez said, crediting the Yankees’ power hitters for the team’s success.

‘So he’s never had to lead. He doesn’t have to, he can just go and play and have fun, and hit second. I mean, you know, hitting second is totally different than hitting third or fourth in a lineup because you go into New York trying to stop Bernie [Williams] oath [Paul] O’Neill and everybody. You never say, ‘Don’t let Derek beat you.’ That’s never your concern.’

Rodriguez described their relationship at the time as a ‘brotherhood,’ adding that ‘there’s definitely no rivalry there.’

Jeter and Rodriguez famously became teammates in New York in 2004 and ultimately won a title together in 2009. But as Jeter explained in the ESPN docu-series, that 2001 Esquire piece altered their relationship irrevocably.

Opening up: New York Yankees legend Derek Jeter is opening up about how his once-strong friendship with Alex Rodriguez fell apart 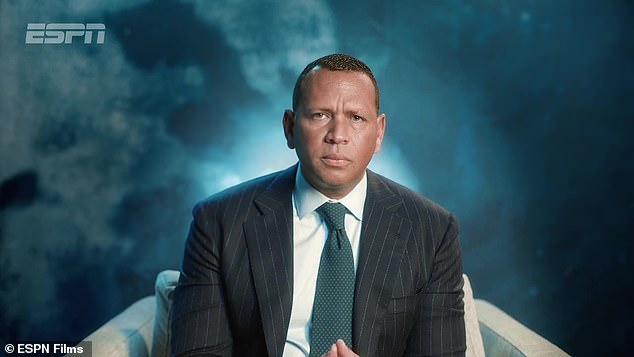 Interviews: The Hall of Famer opens up about how Rodriguez’s off-putting statements in interviews over the years lead to the erosion of trust 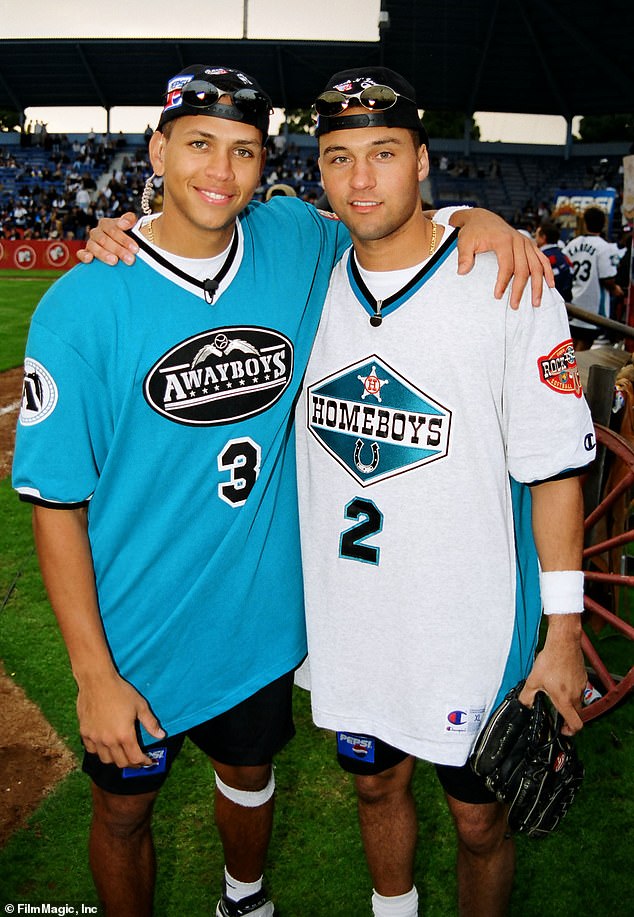 ‘Those comments bothered me because, like I said, I’m very, very loyal,’ Jeter told ESPN. ‘As a friend, I’m loyal. I just looked at it as, ‘I wouldn’t have done it.’ And then it was the media. The constant hammer to the nail. They just kept hammering it in. It just became noise, which frustrated me. Just constant noise.’

Rodriguez did apologize for the comments, but also defended the 21-year-old quote to ESPN.

‘When that came out, I felt really bad about it,’ A-Rod said. I saw the way it was playing out. The way it was written, I absolutely said exactly what I said. It was a comment that I stand behind today. It was a complete tsunami. It was one of the greatest teams ever. To say that you don’t have to focus on just one player is totally fair.’

Rodriguez likened Jeter’s situation in New York to his own in Seattle, where he was surrounded by a future Hall of Famer in Ken Griffey Jr. and All-Stars like Edgar Martinez and Jay Buhner.

“By the way, the same could be said about my team with the Mariners,” Rodriguez continued. ‘We had Ken Griffey Jr., Edgar Martinez, Jay Buhner. If someone said that about me, I’d be like, ‘No s***. Absolutely. You better not just worry about me.’

Rodríguez stressed to ESPN that the comment was focused on explaining the depth of the Yankees’ lineup at the time.

‘The way that it was written, I absolutely said exactly what I said. Again, I think it was a comment that I stand behind today. It was a complete tsunami — [the Yankees were] one of the greatest teams ever — and to say that you don’t have to focus on just one player I think is totally fair,’ Rodriguez explained. 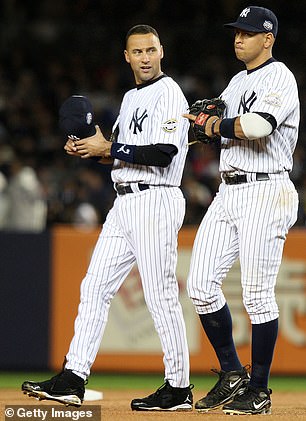 Derek Jeter #2 and Alex Rodriguez #13 of the New York Yankees talk on the field against the Philadelphia Phillies in Game One of the 2009 MLB World Series at Yankee Stadium on October 28, 2009 in the Bronx

Rodriguez added that he called up Jeter and they sat on his couch, spoke for an hour or so, I apologized and said, ”Look, I feel you guys have a tsunami, it’s a great team, that wasn’t said to hurt you or penalize you or slight you in any way.”’

Jeter said he ‘believed’ Rodriguez’s apology and thought it was ‘very sincere,’ although he said another incident happened a year earlier where he felt A-Rod slighted him.

Rodriguez appeared on The Dan Patrick Show in 2000, stating he didn’t think Jeter would be the one to break his then-record 10-year $252 million deal with the Rangers because, ‘he just doesn’t do the power numbers and defensively he doesn’t do all those things.’

Jeter explained in the documentary, ‘The Dan Patrick interview, he was talking about a comparison between me and him on the field. In my mind, he got his contract, so you’re trying to diminish what I’m doing maybe to justify why you got paid?’

Jeter added that his statistics, ‘never compared to Alex’s statistics,’ adding, ‘I’m not blind. I understand. But we won.’

Although Rodriguez has since admitted to using performance-enhancing drugs between 2001 and 2003, and was later suspended over steroid use for the 2014 season, his statistics dwarf Jeter’s. 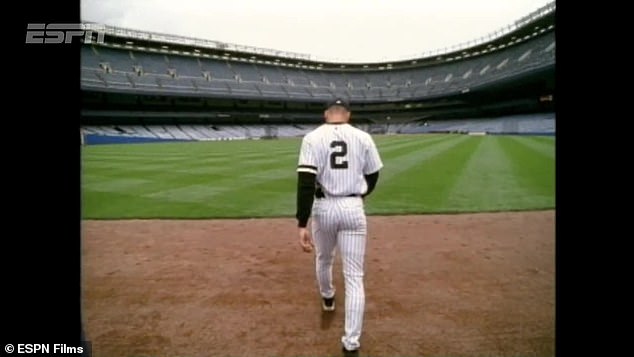 Impact: Jeter made an immediate impact on the Yankees, helping them win their first World Series in 18 years in 1996, along with three straight wins in 1998, 1999 and 2000, while A-Rod would win his only World Series as part of Jeter’s Yankees in 2009 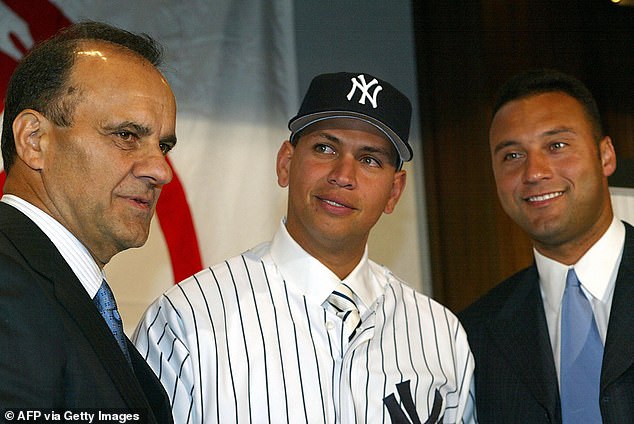 Jeter, however, did help the Yankees to their first World Series win in 18 years in 1996, and would go on to win three straight from 1998 until 2000 before teaming with A-Rod for another title in 2009.

‘You can say whatever you want about me as a player, that’s fine, but then it goes back to the trust and the loyalty. This is how the guy feels, he’s not a true friend, this is how I felt. Because I wouldn’t do it to a friend,’ Jeter clarified.

Rodriguez admitted he was in Jeter’s ‘circle of trust’ early on, but the things he said that Jeter didn’t like ‘broke the trust.’

‘And I think from that moment on it was never quite the same ever again. I think it’s [me] really not understanding the way things work,’ Rodriguez admitted.

‘In many ways, my father leaving when I was 10, not getting that schooling at home, the tough love, it resulted in insecurity, some self esteem issues and as I got older I realized, all you gotta be is be yourself,’ he added.

Jeter added they were both young and made mistakes, but he added, ‘I’m still gonna be cordial. But you crossed the line, and I won’t let you in again.’ 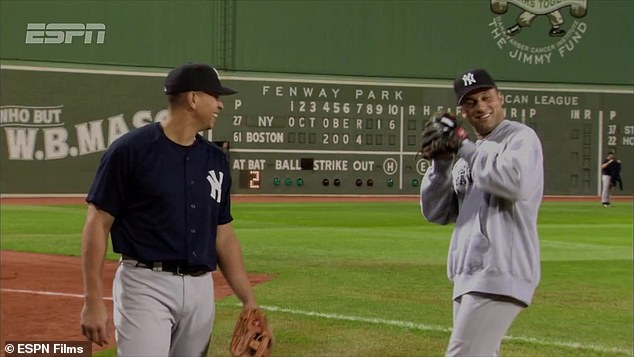 Not the same: ‘And I think from that moment on it was never quite the same ever again. I think it’s [me] really not understanding the way things work,’ Rodriguez admitted