Tangible developments in the budding Israel-Saudi relationship will be announced during US President Joe Biden’s visit to the region this week, a senior Israeli official said late Tuesday.

“It’s a delicate relationship, it’s very fragile, novel in many respects,” said the official during a Zoom briefing to reporters. “I would urge you to be patient for a few more days before we can put out in the open what will actually be the immediate materialization of this process.”

The official said that Israel was operating as if “the steps we are taking now will only be the beginning, the start of the process of normalization between the countries.”

Biden is set to land at Ben Gurion Airport on Wednesday for a visit that will include Israel and the West Bank, before leaving for Saudi Arabia on Friday.

US National Security Adviser Jake Sullivan played down hopes for a breakthrough in a briefing to reporters at the White House on Monday.

“With respect to Israel and Saudi Arabia, I’m not going to get ahead of very intensive work that will be done in the course of this trip,” Sullivan said. “Normalization of any kind would be a long process.”

Deputy Foreign Minister Idan Roll said Monday that normalization with Riyadh would happen in stages, unlike the surprise announcement for the Abraham Accords that saw Israel forge ties with the United Arab Emirates and Bahrain in 2020. Roll expressed hope that Biden’s trip will come with some progress , though.

Israel and the US will release on Thursday a joint declaration on the future of bilateral relations, the senior Israeli official said.

The document, titled “The Jerusalem Declaration on the US-Israel Strategic Partnership,” is a “historic statement… that shows the unique nature of what we have between our countries. “

“It is a platform for cooperation in the coming years,” said the official, adding that it is a “strong expression of the vitality and indispensability of the relations between Israel and the US.” 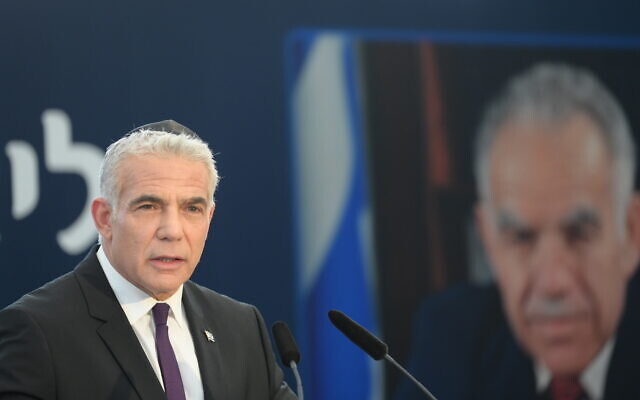 The declaration will be released to the public on Thursday after the meeting between Prime Minister Yair Lapid and Biden.

The document addresses the Iranian nuclear program, committing both countries to “use all elements of national power” to stop Iran from achieving a nuclear weapon.

It also stresses the unbreakable US commitment to Israel’s security and qualitative edge.

Turning to the broader visit, the official called the trip an “unprecedented opportunity to change dynamics in the Middle East.”

“There is a very strong wind blowing saying that the US is committed to working with Israel and its partners and friends in the region in order to try to transform the region.”

The visit will focus on what the two countries share, said the official.

Iran is expected to come up in every meeting between Biden and Israeli leaders.

“We are grateful and appreciative of the approach the administration has taken in recent months,” said the official, pointing at the decision not to remove the Iranian Revolutionary Guards Corps from the US list of foreign terrorist groups, which Iran had demanded in the nuclear deal negotiations.

After landing on Wednesday, Biden will tour several Israeli security systems with Defense Minister Benny Gantz; this event was initially to be held at the Palmachim air force base in central Israel, but will now also be held at Ben Gurion Airport. The show-and-tell will include an Iron Dome missile defense battery, in a nod to US efforts to grant Israel an additional $500 million in replacement batteries for the system after last year’s Gaza war.

The president will also announce his approval for the US military-industrial complex to begin talks with Israeli counterparts about purchasing Iron Beam, a senior US official told The Times of Israel.

Following the weapons tour, Biden is set to head to the Yad Vashem Holocaust memorial and museum in Jerusalem for a brief tour. 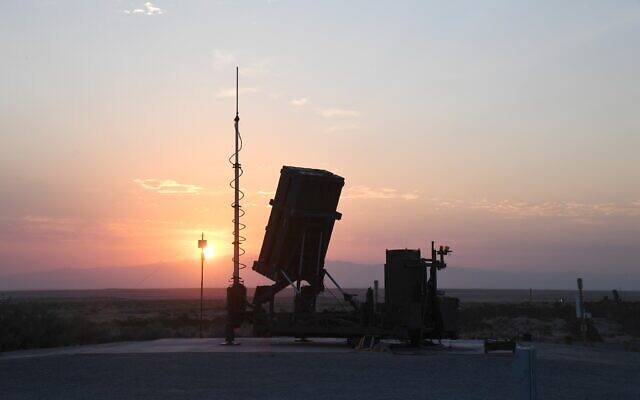 An Iron Dome battery is seen during a trial on the US military’s White Sands test range in New Mexico in June 2021. (Defense Ministry)

On Thursday morning, Biden will hold a meeting with Lapid, after which the two will deliver statements to the press. Also in attendance for part of this sit-down will be Lapid’s predecessor, Bennett, who met Biden twice during his year as premier.

No major announcement from either side is expected. Biden is slated to reserve most of his remarks regarding the Israeli-Palestinian conflict for his Friday meeting with Palestinian Authority President Mahmoud Abbas.

Biden will then meet with Herzog, followed by a short session with opposition leader Benjamin Netanyahu, which was added to the schedule last month in order to avoid the perception that the US was picking sides ahead of the November 1 Israeli election.

The president is set to finish the day by attending the opening ceremony of the Maccabiah Jewish Olympic games, alongside Lapid and Herzog.

On Friday morning, Biden will head to the Augusta Victoria Hospital on East Jerusalem’s Mount of Olives, according to an Israeli source familiar with the matter. It will be the first visit by a sitting US president to the largely Palestinian section of the capital outside the Old City.