Opposition Leader Benjamin Netanyahu met with Prime Minister Yair Lapid on Sunday to receive a security briefing on the IDF’s Operation Breaking Dawn against Palestinian Islamic Jihad in Gaza, marking the end of the former premier’s boycott of the standard procedure, which is mandated by law.

Speaking to reporters at the conclusion of the meeting, held at Lapid’s office in Tel Aviv, Netanyahu said he gave his “full backing to the government, the IDF, and the security forces.”

Netanyahu also praised residents of southern communities “for their resilience,” and urged them to follow the instructions from the IDF Home Front Command.

“I received a detailed update [on the IDF operation against Palestinian Islamic Jihad in Gaza]. I listened carefully. I offered some advice based on my own experience, not only regarding the future [of the conflict]… but also in other areas. And I think that advice can be very useful for the state of Israel,” he said of the meeting.

The two politicians could not agree on which photograph to issue from their meeting, Channel 12 news reported, so two stills were issued — one showing them smiling, and the other showing them looking more serious. Netanyahu preferred the smiling one, the TV station said.

Friday saw the Israel Defense Forces launch a major military operation against the Palestinian Islamic Jihad terror group in Gaza in response to what officials said was an ongoing “concrete” threat by PIJ to target Israeli civilians and soldiers near the border.

While the law dictates that the opposition leader will receive security updates from the prime minister — a procedure that has been followed for years — Netanyahu refused to comply with the protocol over the past year, as he regularly railed against the legitimacy of the outgoing coalition government , led by Naftali Bennett and then Lapid. 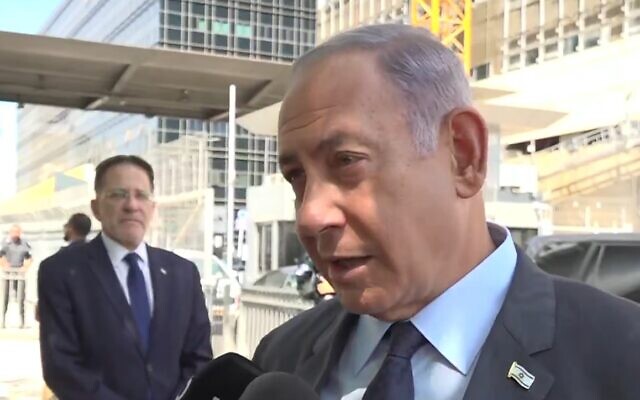 Netanyahu on Friday tweeted his support for the military in its efforts against Gaza terrorists, although he made no mention of Israel’s political leaders.

Israeli leaders have said that the operation was necessary after the PIJ refused to back down from its intentions to carry out attacks on the Gaza border.

On Sunday morning, a home in a town in the Eshkol Regional Council took a direct rocket hit in a rocket barrage.

The council’s security department said the family who lived there was in their reinforced room at the time of the attack and were unharmed, but that damage was caused to the home.

Saturday saw a street in Ashkelon, a home in Sderot and a factory in a town close to the border hit by rockets, without injuries. Three people, including two soldiers, were also slightly hurt in a separate mortar bombardment near a town in the Eshkol Regional Council. 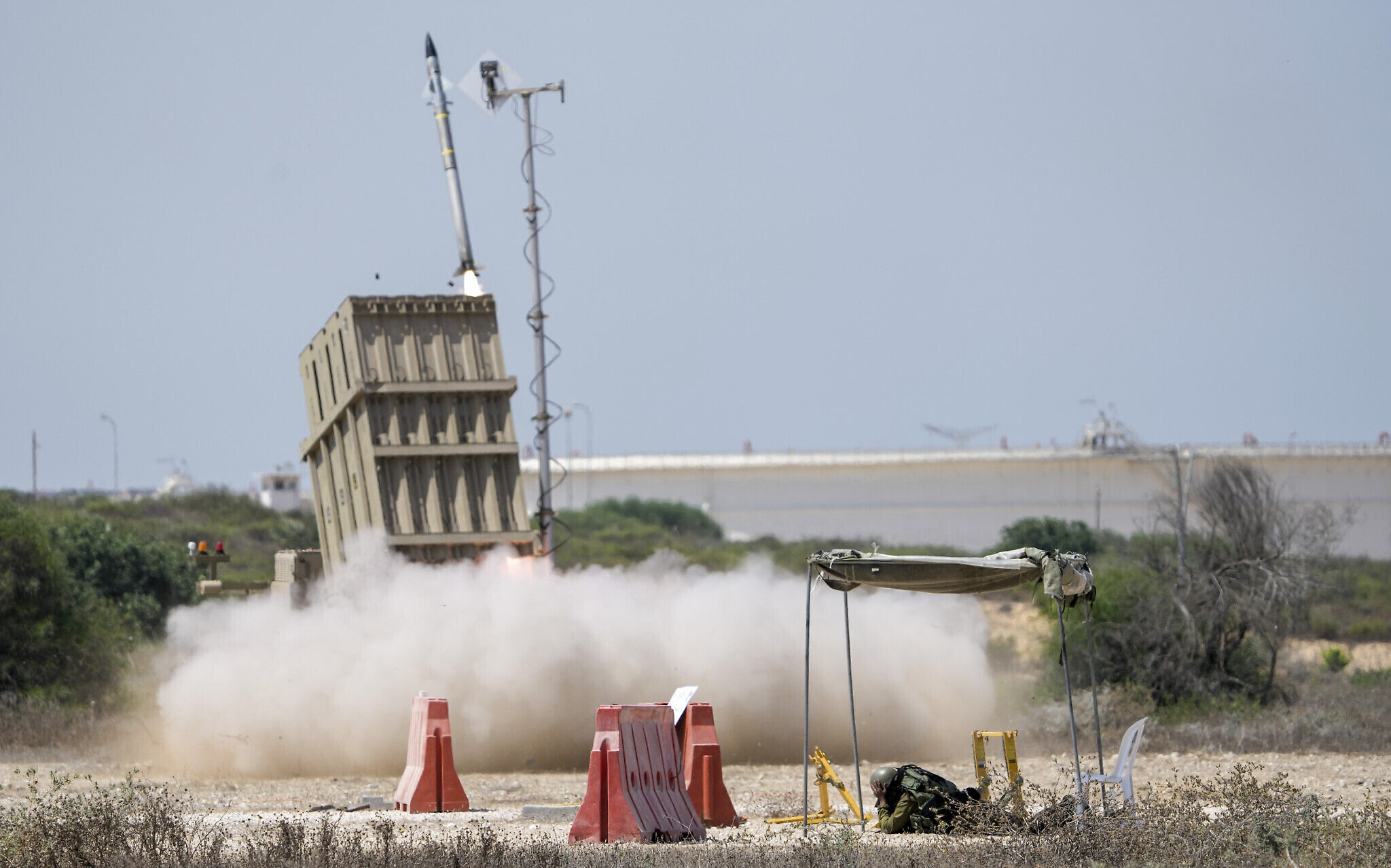 The Magen David Adom ambulance service said it had taken 28 people to hospitals since the beginning of the fighting, including two people who were slightly hurt by rocket shrapnel, 19 after falling while running to shelter, and seven who were treated for anxiety.

The latest data as of Sunday morning from the IDF put the number of rockets launched towards Israel by Islamic Jihad at 580. Of them, 120 fell short in the Gaza Strip, with the military saying some of those rocket misfires killed at least nine Palestinians. 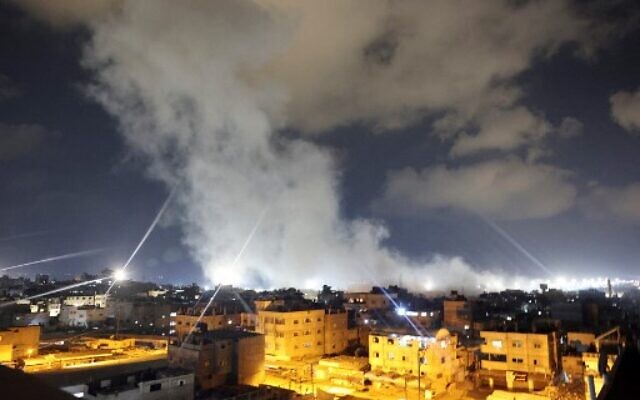 Smoke billows from the site of a reported Israeli strike in Rafah in the southern Gaza Strip, on August 6, 2022. (Said Khatib/AFP)

The Hamas-run health ministry meanwhile said at least 29 people had been killed in Gaza, including six children. Another 203 people were wounded, it said.

Emanuel Fabian contributed to this report.