The sportswear giant announced Monday that they had signed James Jr., and a handful of other young athletes, to name, image and likeness deals.

Bronny is now officially part of the Nike family, close to 20 years after his father LeBron signed with the brand in 2003, also aged 18, prior to the beginning of his own NBA career.

It isn’t the first NIL deal Bronny has signed, however. In February, he signed an agreement with underwear brand PSD, in which he designed his own underwear collection, but the Nike deal is expected to be significantly more lucrative.

The 18-year-old, who has 6.6 million Instagram followers, was estimated to be earning over $5 million from NIL deals as far back as February, according to On3 Projects, and that number will have significantly increased with the addition of Nike.

LeBron James and his son, Bronny, celebrate after a victory against James’ high school in 2021 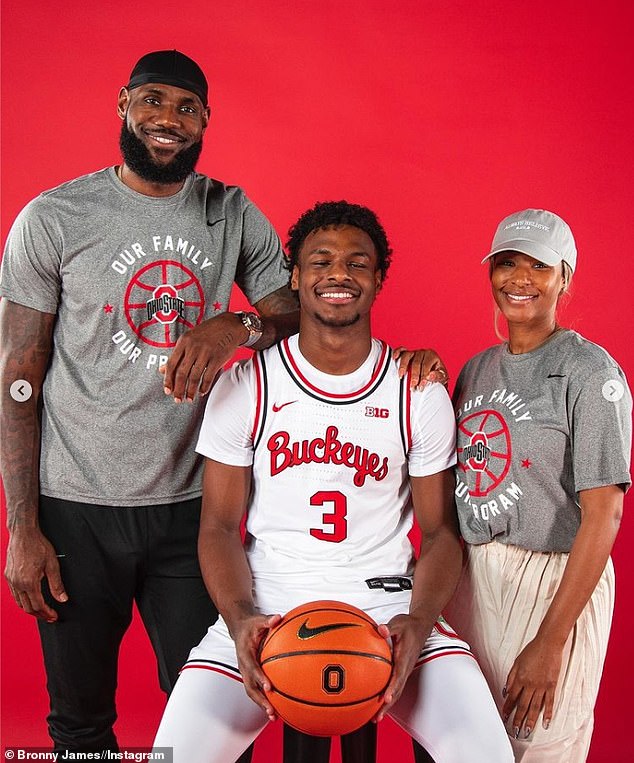 James Jr. took an official visit to Ohio State University with LeBron and his mother, Savannah 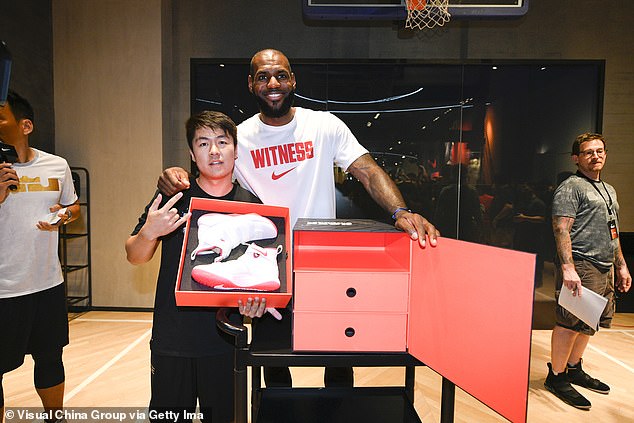 James’ eldest son is currently a senior at Sierra Canyon High School in Los Angeles, Cal. and is expecting to announce his commitment to a college basketball team in the near future.

‘For as long as I can remember, Nike’s been a part of my family,’ said Bronny, via Complex, in response to his latest NIL deal. ‘Getting a chance to team up with them and continue my family’s legacy both on the court and in the community is wild—it really means a lot to me.’

Four-time NBA champion James signed a lifetime deal in 2015 with Nike, reportedly worth more than $1 billion. 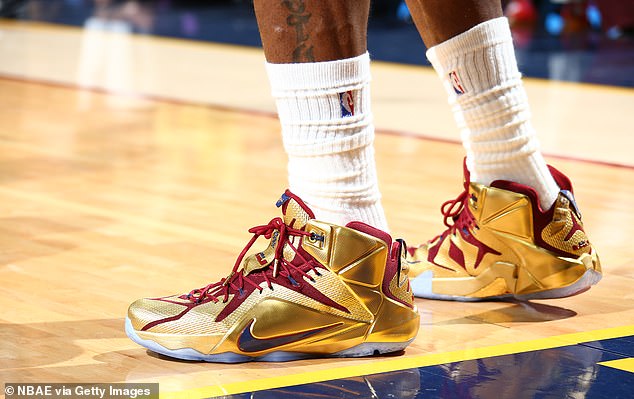 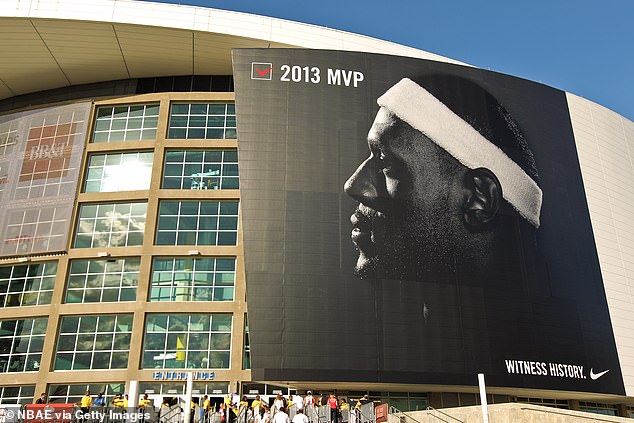 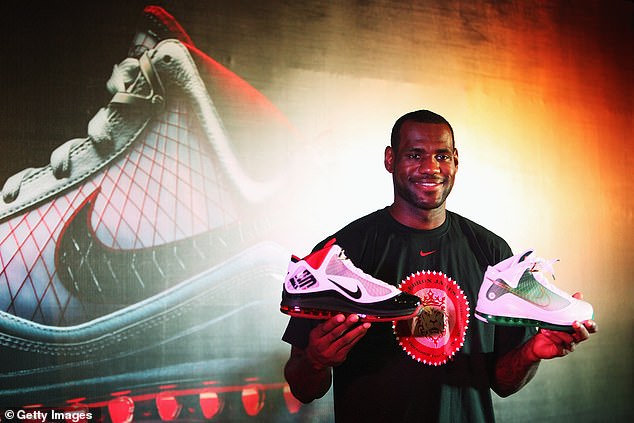 The four-time NBA Champion, like his son, signed a deal with Nike when he was 18 years old

Name, image and likeness deals are a recent addition to the college sports world and allow student-athletes to be paid beyond receiving a scholarship.

In June 2021, the Supreme Court ruled that the NCAA could not stop student-athletes from being paid.

State laws determine NIL deals across the country, but student-athletes cannot be directly paid for performance, as such endorsement deals like Bronny James’ are how student-athletes make an income.

Endorsements can be anything from sportswear deals, social media posts, car dealership partnerships, or a local restaurant in a college town.

Wagner’s father, DeJuan, is a former teammate of LeBron James on the Cleveland Cavaliers.

James Jr., often under immense speculation as to his NBA credentials, will be eligible for the pros in two seasons, with 2022 his last year at Sierra Canyon HS in Los Angeles, CA.

Bronny is already something of a TV star, given there is an Amazon documentary following his team’s journey through high school.

The third season, set to be released on October 31, follows the school’s attempts to win the 2022 California Interscholastic Federation state championship.

Bronny’s college commitment is the most awaited basketball commitment in recent memory. While other precocious talents like Josh Giddey and LaMelo Ball have played abroad, that is seemingly improbable.

‘Bronny wants to have a college career,’ Savannah James told Sports Illustrated in August. ‘I think it would be really cool for him to start with collegiate basketball, just to start his legacy there.’ 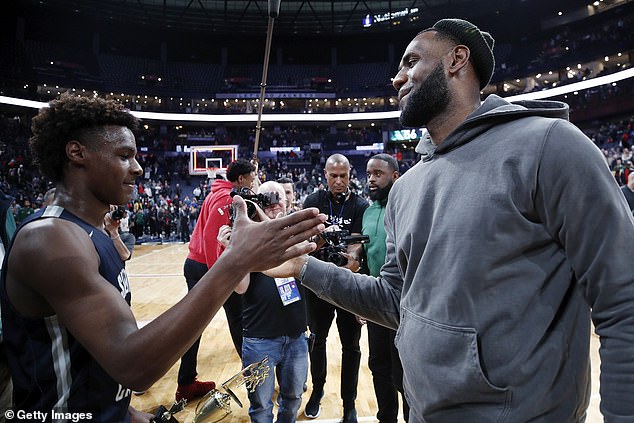 It has long been known that Ohio State is a school very close to LeBron’s heart. The Akron, OH. native has stated on multiple occasions that he roots for the Buckeyes and would have attended Ohio State had he not gone to college for the NBA.

LeBron’s oldest son is ranked 34th in the ESPN 100 and 41st in the 2023 class by 247Sports. According to the latter, James Jr. has offers from Ohio State, USC and Memphis. 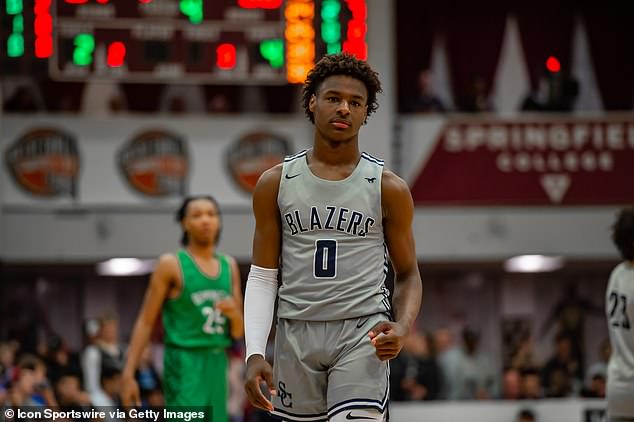 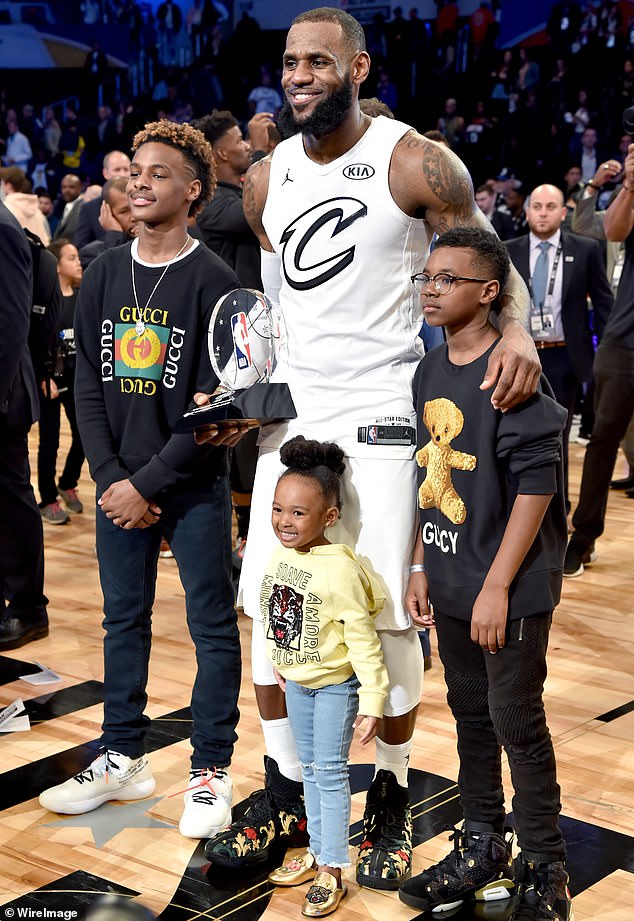 James’s children have long been in the spotlight including his youngest son, Bryce (R) and daughter, Zhuri (C)

Interest has been shown by traditional powers such as Duke, North Carolina, Kansas, Michigan, and Oregon — all of which are Nike-sponsored schools.

James revealed his plans to play his final NBA season with his oldest son, Bronny, to The Athletic in February.

‘My last year will be played with my son,’ James said in an interview with Jason Lloyd. ‘Wherever Bronny is at, that’s where I’ll be. I would do whatever it takes to play with my son for one year. It’s not about the money at that point.’ 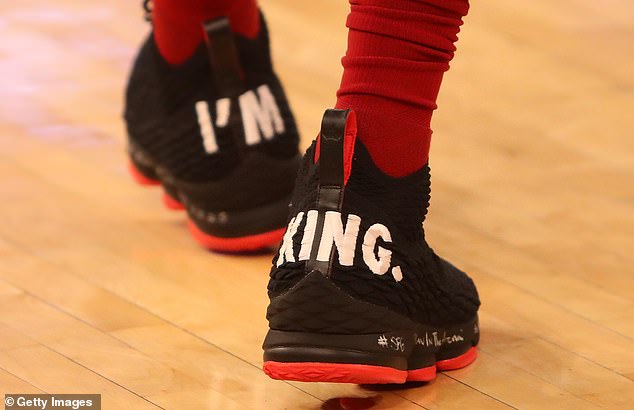 LeBron James has been a Nike athlete since 2003 – prior to being taken first overall by the Cleveland Cavaliers in the 2003 NBA Draft. Now Bronny is on the way to follow his path 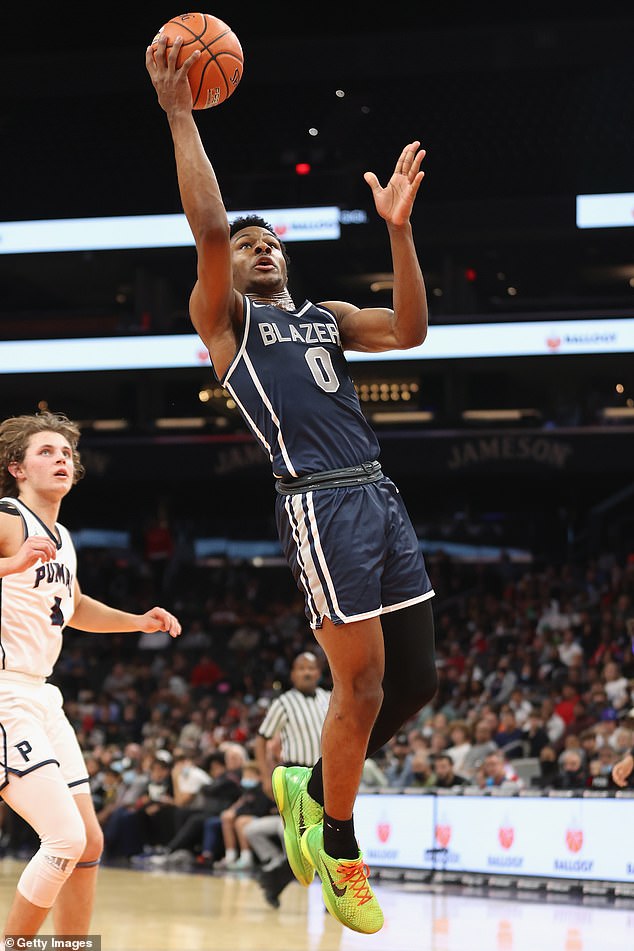 The Nike deal comes just days after Bronny celebrated his 18th birthday with his famous father, friends, family and rapper, Travis Scott, who performed for the crowd at West Hollywood hotspot, Harriet’s Rooftop.

Houston rapper Scott, 31, amped up the crowd shirtless while performing his hit songs, including Sicko Mode and Butterfly Effect. Bronny danced around to ‘Sicko Mode’ while LeBron also sang along with Scott to his 2018 hit song.

The birthday party featured non-alcoholic blue slushee drinks along with pizza and an ice cream station provided by Harriet’s Rooftop lounge. LeBron and his wife Savannah, 36, also have 15-year-old son Bryce and seven-year-old daughter Zhuri together. 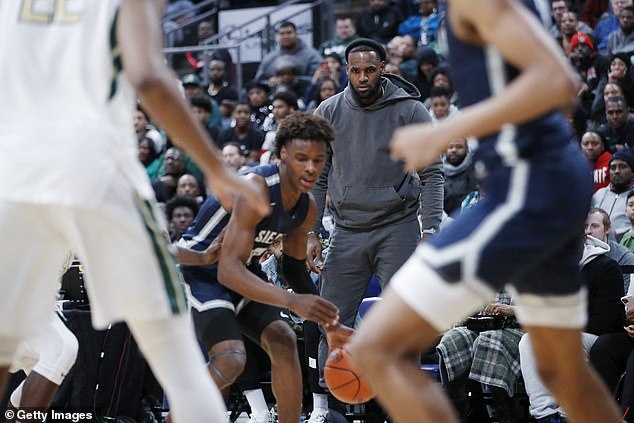 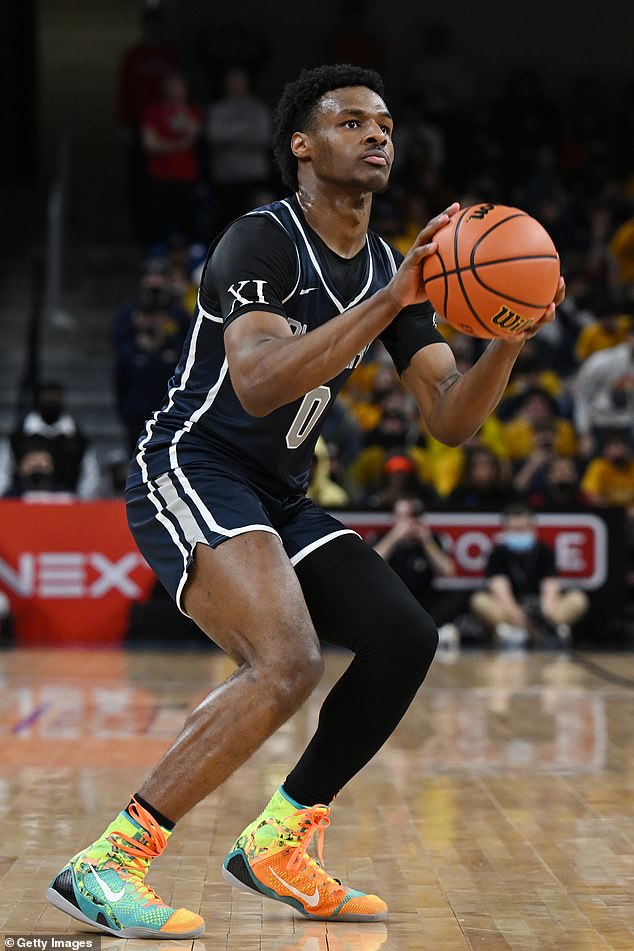