The duo were sitting side-by-side when the 7-year-old reached up to adjust her black hat.

Charlotte subsequently glanced over at the Duke of Sussex, 38, who met her eye. They smiled at each other before she faced forward.

While some social media users commented on the large space between Harry and Charlotte as she cuddled closer to her mom, Kate Middleton, others were touched by their interaction.

“I thought I just caught a little exchange between Harry and Charlotte,” one person wrote. “I hope someone captures it on camera.”

Another Twitter user called the moment “beautiful.” added“He made her smile when she was feeling sad & she made him smile when he was clearly upset.” 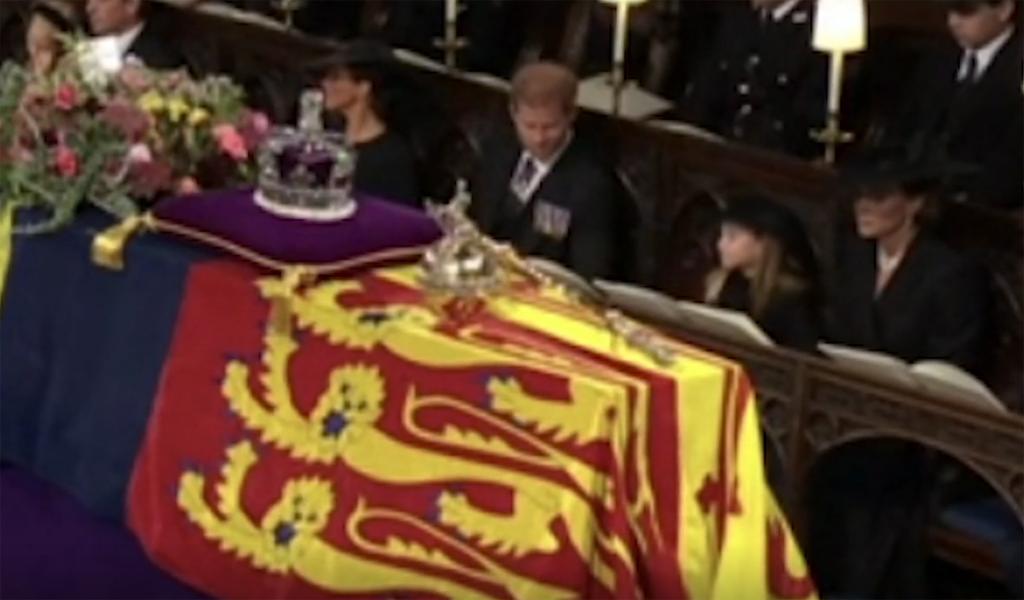 The 9-year-old was photographed being comforted by his great-aunt Sophie of Wessex, with the countess, 57, placing a reassuring hand on his suited shoulder.

Charlotte, who wore a black dress with a horseshoe brooch from her late great-grandmother, got emotional outside of the service as well. 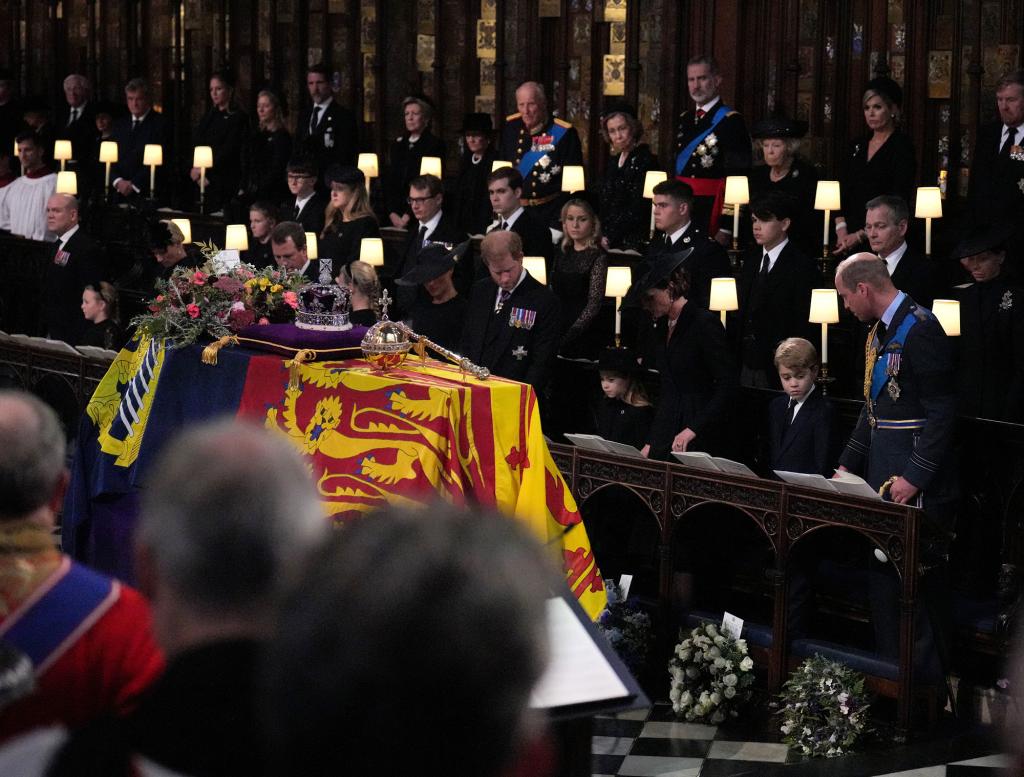 The Duke of Sussex smiled at his niece during the service. 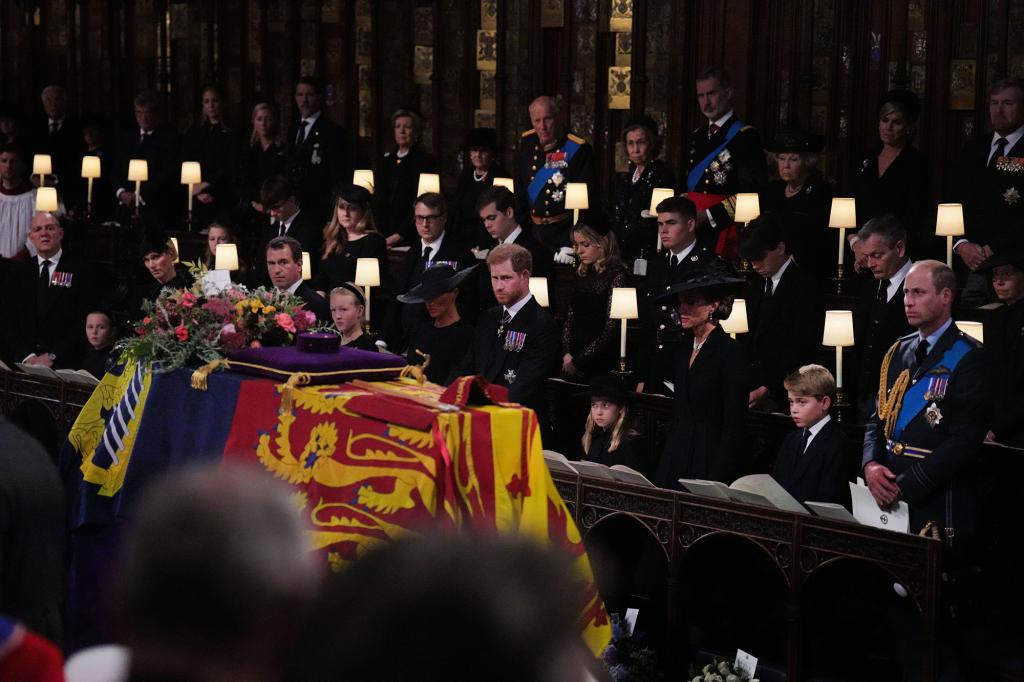 The Duke of Sussex smiled at his niece during the service.

Harry’s wife, Meghan Markle, also shed a tear while mourning Her Majesty, who died on Sept. 8 at age 96.

The “Suits” alum, 41, and Harry were in the middle of a string of charity events in the United Kingdom and Germany when news broke of the late sovereign’s deteriorating health.

The duo, who now live in Montecito, Calif., remained in Europe after she passed.

The Times of London reported over the weekend that the former military pilot wants the public to focus less on his estranged relationship with his brother, Prince William, and more on Elizabeth.

“People need to just stop talking about all this stuff and focus on my grandmother,” Harry reportedly told a friend. 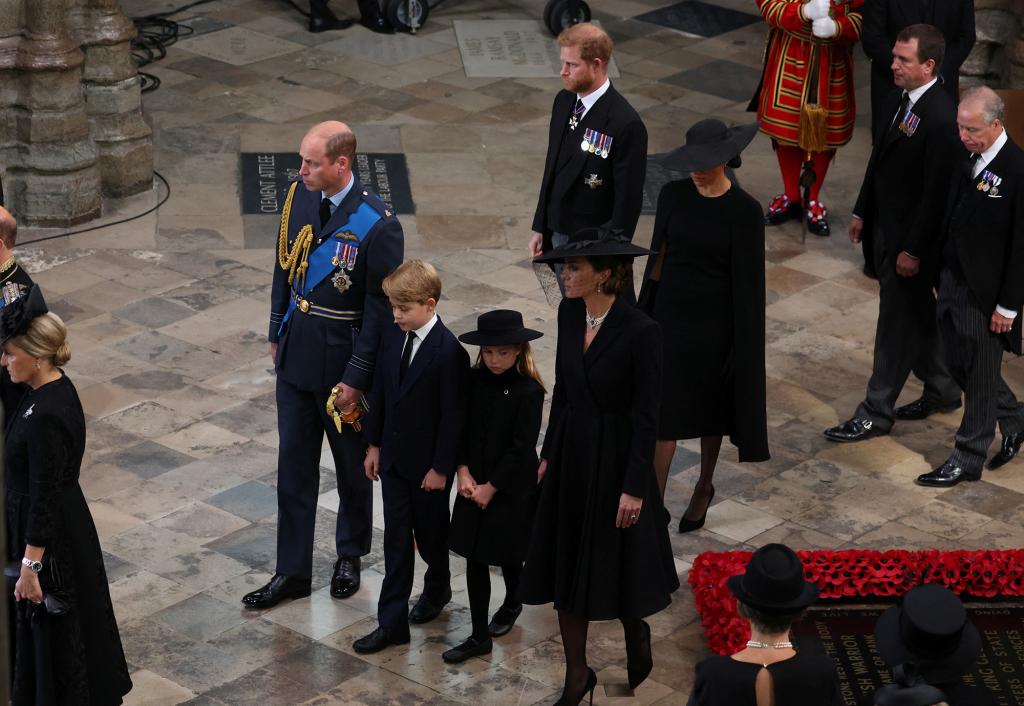 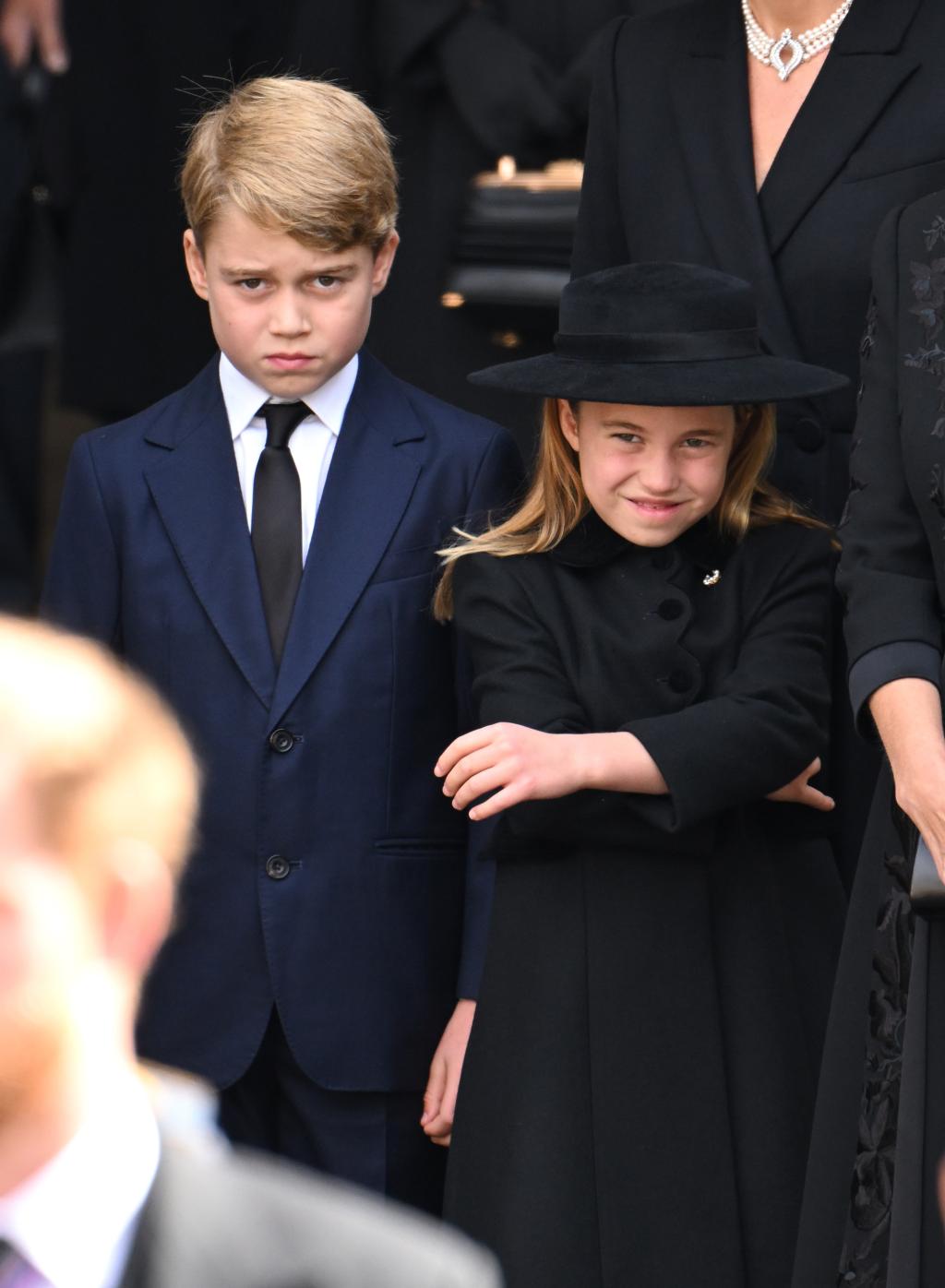 The newspaper went on to cite a source claiming the Prince of Wales is on the same page in trying to stay “solely focused on doing what is right to honor the Queen.”

The insider noted, “[William is] processing his grief and the death of his grandmother, rather than sitting there processing his relationship with Harry.”

The brothers have been making headlines for their strained relationship for many years, with tensions escalating in 2020 when Harry and Markle quit the royal family.